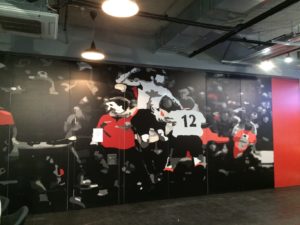 We are also charmed by this club. That is why we were very proud of the assignment to deliver beautiful, striking panel walls at the Manchester United Stadium hotel. Multiwal delivered six beautiful mobile panel walls of the Select 100 K type with ease of use Multi Electric at the prestigious hotel of Manchester United in England. In the congress and meeting section, a soothing gray tone has been chosen, in the supporters home beautiful football prints have been applied with many references to the history of the club. Premier League worthy. 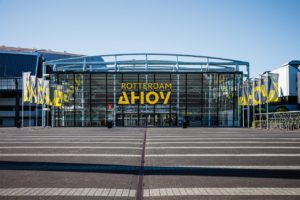 Multiwal provides a unique piece of technology in Rotterdam Ahoy

Who does not know the Ahoy venue? Rotterdam Ahoy is huge. The new roof construction of the Ahoy complex is characterized by extremely wide cantilevered spans, the new roof is extremely strong whilst at the same time remaining flexible. Extremes of weather including high winds and heavy snow fall mean the roof can deflect up and down by up to 70mm. 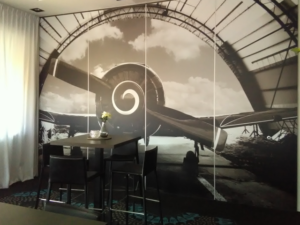